Caddies: A Treasured Tradition at Moraine 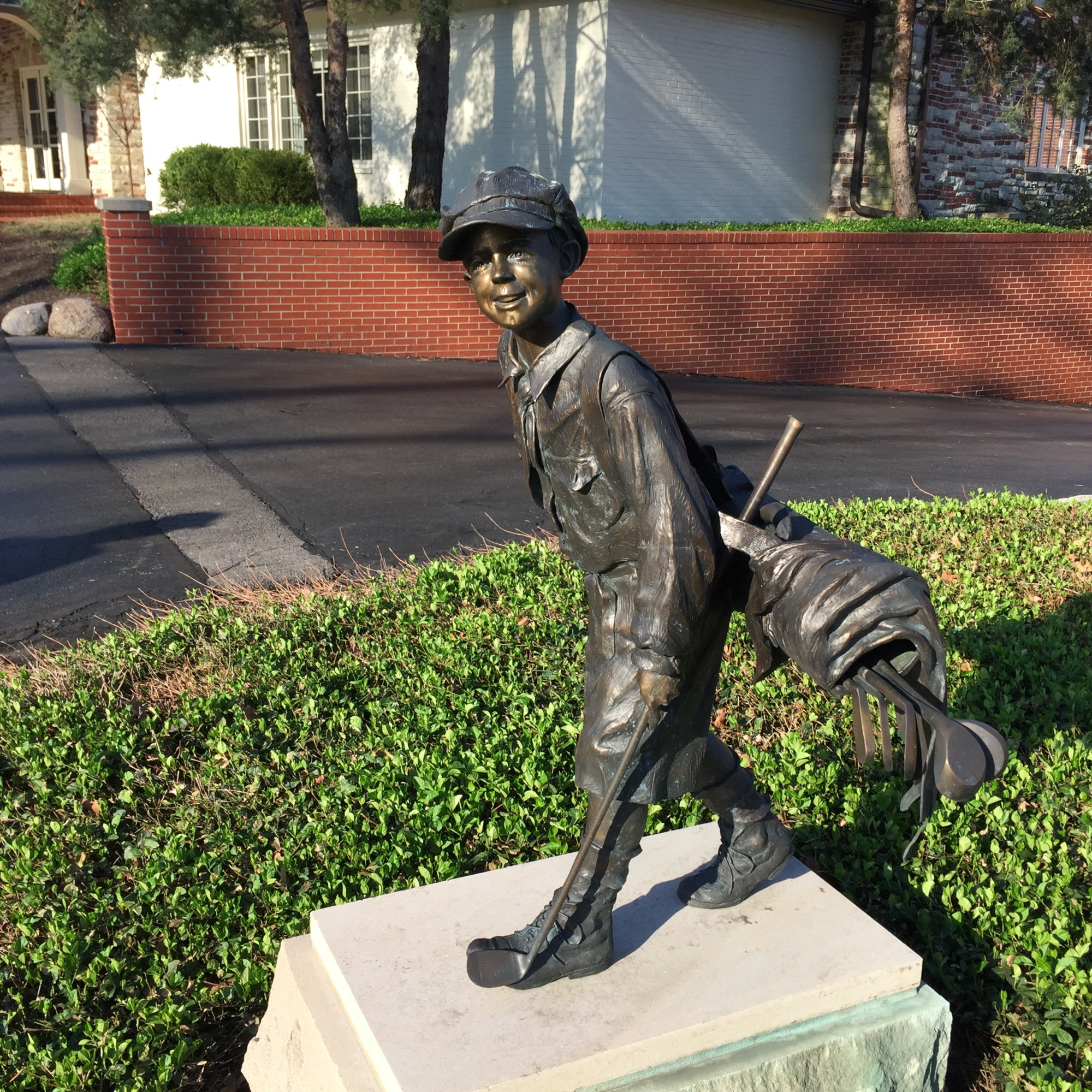 From the moment the first ball sailed down the fairway in 1930, caddies have been a storied part of the golf tradition at Moraine. Recognizing the importance of instilling the life lessons learned through the game of golf, Moraine is one of the few country clubs keeping the tradition of caddies alive and well today.

Just as the caddies play an important role in the golfer's enjoyment of the course, the time spent together during each round is extremely beneficial for the caddies as well. By accompanying these gentlemen and ladies on the course, the caddies are surrounded by positive role models as they develop their communication skills and work ethic.

The caddy tradition at Moraine has deep roots, and it's one that's deep-seated within the staff at Moraine as well. Head golf pro Brent Sipe began his career at Moraine as a teenage caddy in 1979, working his way up to the leadership role he's held for the last 19 years at the club. As one can imagine, the caddy program is very close to his heart, and he's overseen its growth to an elite program that provides young men and women with the opportunity to earn tuition money for college.

The caddies at Moraine are more than valued companions on the course. They are also accomplished scholars who have been awarded over $4.2 million in college scholarships.

Overseen by the Western Golf Association, the Evans Scholars Foundation provides full four-year college tuition and housing scholarships to students with a strong caddie record, excellent grades, outstanding character and financial need. To date, Moraine caddies have been awarded $3.4 million in scholarship money to The Ohio State University and Miami University through this initiative.

With 66 alumni of the program and 11 scholars  currently in school, Moraine sends more caddies to college on this scholarship than any other club in Ohio. Thanks to the generosity of Moraine's members, the club is consistently the state's leading fundraising club for the Western Golf Association.

The Vision of Charles "Chick" Evans

Chick Evans, Jr., famed amateur golfer and namesake of the Evans Scholars Foundation, started caddying at the age of eight. His dream of providing college scholarships to caddies stemmed from his own inability to complete his studies at Northwestern University and his knowledge that there were many young caddies with academic promise whose families could not afford the costs of education. The WGA began administering Evans' philanthropic effort in 1929, sending its first scholars to Northwestern.

Since then, it has become one of the nation's largest privately funded scholarship programs, awarding over $348 million in full tuition and housing grants, and expanding its program to include 19 universities. With a robust alumni base now 10,000 members strong, these alumni have contributed $104 million to the endowment that changed the course of their lives. Currently, 910 Evans Scholars are enrolled in college for the 2015-2016 academic year.

As Chick Evans said, "Caddies are the lifeblood of the game." Moraine Country Club couldn't agree more with this statement, which is why its members have found another way to invest in the futures of the young men and women who are the backbone of their beloved golf course.

The Moraine Caddy Scholarship Fund is a supporting organization of The Dayton Foundation.  The fund is a tax-exempt 501(c)(3) organization, separately governed and managed for the sole purpose of providing scholarships. Through the continued generosity of the club's members and fundraising events like the bi-annual Moraine Caddy Appreciation Day Golf Tournament, the endowment fund has reached over $1.4 million, which is invested through The Dayton Foundation. Each year, 3-5 percent in interest generated is designated for financial aid.

Thanks to the members vibrant and tireless  support of this  caddy program, deserving caddies  receive $3,000 per year in college scholarship money for 4 years.  Twenty-four recipients of this scholarship are currently enrolled at the college of their choice for the 2017-2018 academic year.

Would you or someone you know like to be a Caddy at Moraine?

If interested in becoming a caddy in the future, please email Jonathan for more information via the link below.